“One day Mr Gordon had accidentally come in, and found no one there but Upton and Eric; they were standing very harmlessly by the window, with Upton’s arm resting kindly on Eric’s shoulder, as they watched with admiration the network of rippled sunbeams that flashed over the sea. Upton had just been telling Eric the splendid phrase, ‘anerhithmon gelasma pontou’, which he had stumbled upon in an Aeschylus lesson that morning, and they were trying which would hit on the best rendering of it. Eric stuck up for the literal sublimity of ‘the innumerable laughter of the sea,’ while Upton was trying to win him over to ‘the many-twinkling smile of ocean.’ They were enjoying the discussion, and each stoutly maintaining his own rendering, when Mr Gordon entered.” 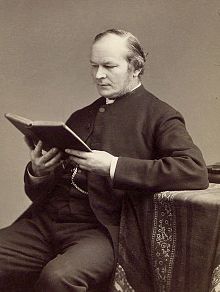