Karl Popper, The Open Society and Its Enemies:

“An inclination to compromise, strangely mixed with an inclination to find fault with his predecessors and contemporaries (and with Plato in particular), is one of the outstanding characteristics of Aristotle’s encyclopaedic writings. They show no trace of the tragic and stirring conflict that is the motive of Plato’s work. Instead of Plato’s flashes of penetrating insight, we find dry systematization and the love, shared by so many mediocre writers of later times, for settling any question whatever by issuing a ‘sound and balanced judgement’ that does justice to everybody; which means, at times, by elaborately and solemnly missing the point. This exasperating tendency which is systematized in Aristotle’s famous ‘doctrine of the mean’ is one of the sources of his so often forced and even fatuous criticism of Plato. An example of Aristotle’s lack of insight, in this case of historical insight (he also was a historian), is the fact that he acquiesced in the apparent democratic consolidation just when it had been superseded by the imperial monarchy of Macedon; a historical event which happened to escape his notice. Aristotle, who was, as his father had been, a courtier at the Macedonian court, chosen by Philip to be the teacher of Alexander the Great, seems to have underrated these men and their plans; perhaps he thought he knew them too well. ‘Aristotle sat down to dinner with Monarchy without becoming aware of it’, is Gomperz’s appropriate comment.

“Aristotle’s thought is entirely dominated by Plato’s. Somewhat grudgingly, he followed his great teacher as closely as his temperament permitted, not only in his general political outlook but practically everywhere. So he endorsed, and systematized, Plato’s naturalistic theory of slavery: ‘Some men are by nature free, and others slaves; and for the latter, slavery is fitting as well as just … A man who is by nature not his own, but another’s, is by nature a slave … Hellenes do not like to call themselves slaves, but confine this term to barbarians … The slave is totally devoid of any faculty of reasoning’, while free women have just a very little of it. (We owe to Aristotle’s criticisms and denunciations most of our knowledge of the Athenian movement against slavery. By arguing against the fighters for freedom, he preserved some of their utterances.) In some minor points Aristotle slightly mitigates Plato’s theory of slavery, and duly censures his teacher for being too harsh. He could neither resist an opportunity for criticizing Plato, nor one for a compromise, not even if it was a compromise with the liberal tendencies of his time.” 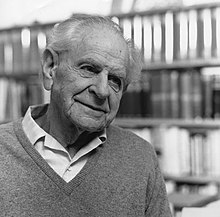 2 thoughts on “Aristotle’s Lack of Insight”