“With a feeling of great reverence I except the name of Heraclitus. If the rest of the philosophic gang rejected the evidences of the senses, because the latter revealed a state of multifariousness and change, he rejected the same evidence because it revealed things as if they possessed permanence and unity. Even Heraclitus did an injustice to the senses. The latter lie neither as the Eleatics believed them to lie, nor as he believed them to lie,—they do not lie at all. The interpretations we give to their evidence is what first introduces falsehood into it; for instance the lie of unity, the lie of matter, of substance and of permanence. Reason is the cause of our falsifying the evidence of the senses. In so far as the senses show us a state of Becoming, of transiency, and of change, they do not lie. But in declaring that Being was an empty illusion, Heraclitus will remain eternally right The ‘apparent’ world is the only world: the ‘true world’ is no more than a false adjunct thereto.” 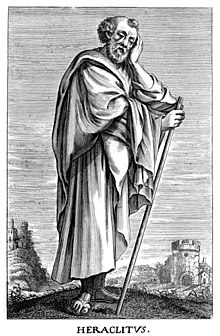