“As teaching institutions, their universities have great merits and equally great defects. But as establishments for the cultivation and encouragement of the highest learning, the German universities have left everything of the kind at this moment existing in Europe behind them. Though known to us as the German system, there is, however, nothing peculiarly Germanic in the arrangements of their universities, so far as their commanding reputation is due to those arrangements. The only peculiarity which they derive from country is one which may possibly be lost to them before long. The rivalry between a number of petty states, ambitious to compensate for their political insignificance by distinction in science, has been at least one cause of the eminence which the German university system has now attained. However this may be, it is not as schools, but as centres of mental activity in science, that these institutions command the attention of Europe, and have become the referees to whose verdict every product of mind must be unconditionally submitted. The German university, Dr. Dollinger goes so far as to say, has nothing but the name in common with the university of France, or the universities of England. It is an association of men of learning and science, under the title of professors. The position created for them is such as to place them under the most powerful inducements to devote their whole mind and energies to the cultivation of some practical branch of knowledge. In a large university, such as Berlin, every science, and almost every subdivision of science, is represented. Of teachers of various grades, Berlin numbers now about 170. These are not endowed out of Church property, or out of rent of land in any shape, but are paid out of the annual taxation. This is not certainly an advantage either to themselves or to the country, but is mentioned to show what sacrifices other countries, not so rich as ourselves, are willing to make for an object which we have not yet come in sight of as a desideratum. The reputation of Berlin rests not upon any education given to its 2000 students, but upon the scientific industry of its professors. ‘The life of a professor’ (Professor Ritschl is reported to have said) ‘would be a very pleasant one if it was not for the lecturing.'” 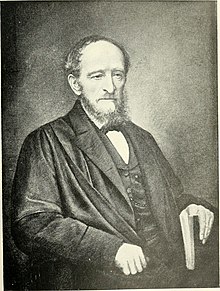 One thought on “An Idyllic University Life”