“The engrossing intellectual interest was then political science, and the historical method had not been invented. The men who might otherwise have shone as historians were engaged in speculations on the nature of the state. They were eagerly seeking an answer to the speculative question: What is the best constitution? Only three historians of note arose in this period; they were more or less under the influence of Thucydides, but at long intervals behind.

Of these the only name familiar to posterity is Xenophon, who was probably the least meritorious of the three. To the circumstance that he is one of the very few classical Greek historians whose work has survived, he owes a prominence to which his qualities do not entitle him. In history as in philosophy he was a dilettante; he was as far from understanding the methods of Thucydides as he was from apprehending the ideas of Socrates. He had a happy literary talent, and his multifarious writings, taken together, render him an interesting figure in Greek literature. But his mind was essentially mediocre, incapable of penetrating beneath the surface of things. If he had lived in modem days, he would have been a high-class journalist and pamphleteer; he would have made his fortune as a war-correspondent; and would have written the life of some mediocre hero of the stamp of Agesilaus. So far as history is concerned, his true vocation was to write memoirs. The Anabasis is a memoir, and it is the most successful of his works. It has the defects which memoirs usually have, but it has the merits, the freshness, the human interest of a personal document. The adventures of the Ten Thousand are alive for ever in Xenophon’s pages.” 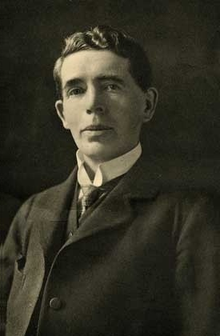 "an appreciation of what X can do should not lead to exaggeration and to an obliteration of the distance between him and Thucydides…who would want to compare [him] with T's penetrating search for the forces which determine the course of history?"
Rose, History Gk Lit, p620 pic.twitter.com/lEEmTJutcB