When he was asked what he got from philosophy, he responded, ‘The ability to associate with everyone boldly and without fear.’

One time, when he was upbraided for his luxuriant lifestyle, he said, ‘If luxury were a bad thing, it would not occur in the feasts of the gods.’” 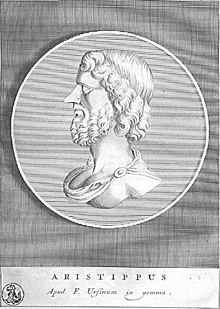