“But already I have rubbed against my wounds and injuries enough – now I return to Cicero. Known by some little reputation for my talent (though false) and by far the greatest favor of such masters, I had contracted various friendships through diverse circumstances, since I was in a place to which people came from every region. When my friends were leaving, they would ask (as is usual) whether I would like them to bring me anything from their homeland. I would respond: ‘nothing but books, and Cicero above all others.’ I used to give them notes to help them, and would press them hard in my letters and conversation. How often do you think that I sent my prayers and money, not just through Italy where I happened to be well-known, but even through France and Germany, even to Spain and Britain? I will tell you something incredible: I even sent to Greece, and where I expected Cicero, I found Homer. Homer came to me in Greek, but through strenuous effort and labor I rendered him into Latin, and now he happily lives with me among my Latin books.” 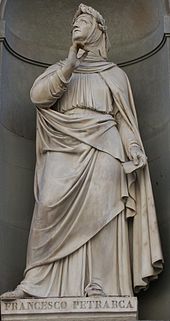 4 thoughts on ““Bring Back Some Books!””