From George Orwell’s Such, Such Were the Joys:

“This did not happen very often, but I do remember, more than once, being led out of the room in the middle of a Latin sentence, receiving a beating and then going straight ahead with the same sentence, just like that. It is a mistake to think such methods do not work. They work very well for their special purpose. Indeed, I doubt whether classical education ever has been or can be successfully carried on without corporal punishment. The boys themselves believed in its efficacy. There was a boy named Beacham, with no brains to speak of, but evidently in acute need of a scholarship. Sambo was flogging him towards the goal as one might do with a foundered horse. He went up for a scholarship at Uppingham, came back with a consciousness of having done badly, and a day or two later received a severe beating for idleness. ‘I wish I’d had that caning before I went up for the exam,’ he said sadly — a remark which I felt to be contemptible, but which I perfectly well understood.”

“Indeed Johnson was very sensible how much he owed to Mr. Hunter. Mr. Langton one day asked him how he had acquired so accurate a knowledge of Latin, in which, I believe, he was exceeded by no man of his time; he said, ‘My master whipt me very well. Without that, Sir, I should have done nothing.’ He told Mr. Langton, that while Hunter was flogging his boys unmercifully, he used to say, ‘And this I do to save you from the gallows.’ Johnson, upon all occasions, expressed his approbation of enforcing instruction by means of the rod. ‘I would rather (said he) have the rod to be the general terrour to all, to make them learn, than tell a child, if you do thus, or thus, you will be more esteemed than your brothers or sisters. The rod produces an effect which terminates in itself. A child is afraid of being whipped, and gets his task, and there’s an end on’t; whereas, by exciting emulation and comparisons of superiority, you lay the foundation of lasting mischief; you make brothers and sisters hate each other.'”

Corporal punishment as a means of instilling Classical education has, itself, Classical precedent, as found in Juvenal’s First Satire:

“I, too,  have moved my hand from under the cane.”

*I should, perhaps, note by way of disclaimer that we here at SententiaeAntiquae are not proponents of the liberal (or reactionary) use of the rod and cane. 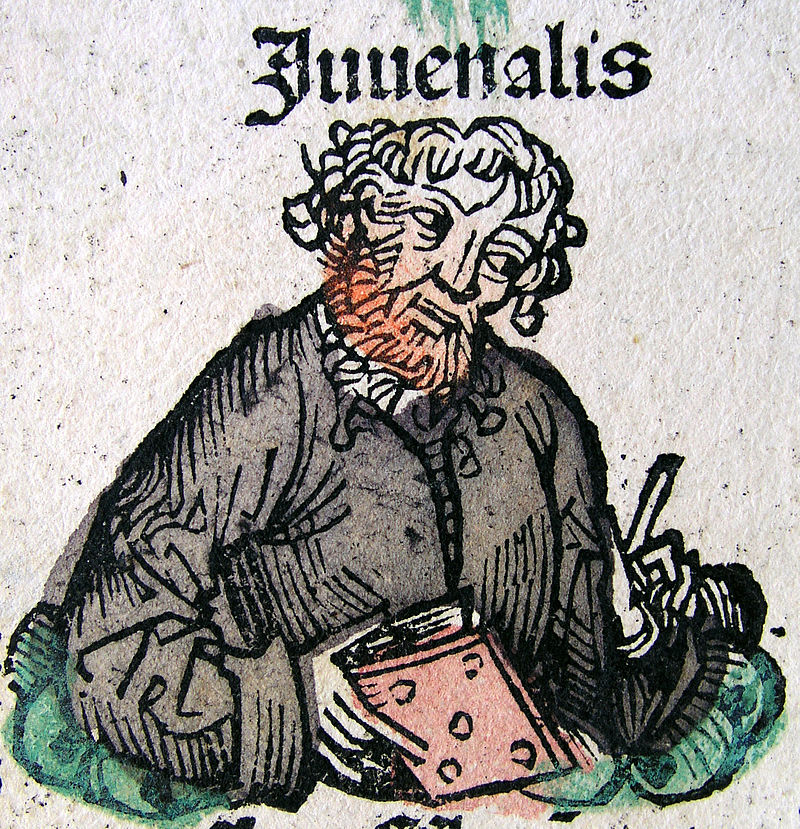