“In his Latin prose, Politian was an eclectic, with an eccentric fondness for rare and archaic words. As an eclectic, he found himself in opposition to the pretended Ciceronian, Bartolomeo Scala, the Latin Secretary of Florence, and to the true Ciceronian,Paolo Cortesi, the author of the remarkable dialogue ‘On Learned Men’ (1490). In the course of a controversy with Scala, Politian insists that a single style is not sufficient to express everything. He adds that his critics sometimes found fault with him for using words that were really derived from the best mss of Cicero. Scala is ready to approve of Politian’s imitation of Sallust and Livy, while protesting against his partiality for the writers of the Silver Age. In the controversy with Cortesi, Politian denounces the Ciceronians as the mere ‘apes of Cicero’. ‘To myself (he adds) the face of a bull or a lion appears far more beautiful than that of an ape, although the ape has a closer resemblance to man ‘. But ” someone will say : ‘ You do not express Cicero ‘. I answer : ‘ I am not Cicero ; what I really express is myself “. 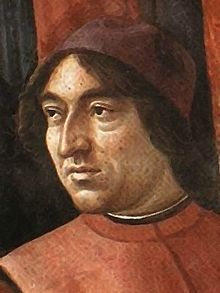