“Bentley’s Paradise Lost raises an obvious question. We know that his emendations of Milton are nearly all bad. The general style of argument which he applies to Milton is the same which he applies to the classical authors. Are his emendations of these also bad? I should answer : Many of his critical emendations, especially Latin, are bad; but many of them are good in a way and in a degree for which Paradise Lost afforded no scope. It is a rule applicable to most of Bentley’s corrections, that their merit varies inversely with the soundness of the text. Where the text seemed altogether hopeless, he was at his best; where it was corrupted, but not deeply, he was usually good, though often not convincing ; where it was true, yet difficult, through some trick (faulty in itself, perhaps) of individual thought or style, he was apt to meddle overmuch. It was his forte to make rough places smooth ; his foible, to make smooth places rough. If Paradise Lost had come to Bentley as a manuscript, largely defaced by grave blunders and deeply-seated corruptions, his restoration, of it would probably have deserved applause. The fact that his edition was regarded as a proof of dotage, shows how erroneously his contemporaries had conceived the qualities of his previous work. Bentley’s mind was logical, positive, acute; wonderfully acute, where intellectual problems were not complicated with moral sympathies. Sending flashes of piercing insight over a wide and then dim field, he made discoveries ; among other things, he found probable or certain answers to many verbal riddles. His ‘faculty of divination’ was to himself a special source of joy and pride; nor unnaturally when we recall its most brilliant feats. But verbal emendation was only one phase of his work ; and, just because it was with him a mental indulgence, almost a passion, we must guard against assuming that the average success with which he applied it is the chief criterion of his power.

The faults of Bentley’s Paradise Lost are, in kind, the faults of his Horace, but are more evident to an English reader, and are worse in degree, since the English text, unlike the Latin, affords no real ground for suspicion. The intellectual acuteness which marks the Horace is present also in the notes on Paradise Lost, but seldom wins admiration, more often appears ridiculous, because the English reader can usually see that it is grotesquely misplaced. A great and characteristic merit of Bentley’s classical work, its instructiveness to students of a foreign language and literature, is necessarily absent here. And the book was got ready for the press with extreme haste. Still, the editor of Paradise Lost is not the Horatian editor gone mad. He is merely the Horatian editor showing increased rashness in a still more unfavourable field, where failure was at once so gratuitous and so conspicuous as to look like self-caricature, whilst there was no proper scope for the distinctive qualities of his genius. As to poetical taste, we may at least make some allowance for the standards of the “correct” period: let us think of Johnson’s remarks on Milton’s versification, and remember that some of Bentley’s improvements on Milton were privately admired by Pope.” 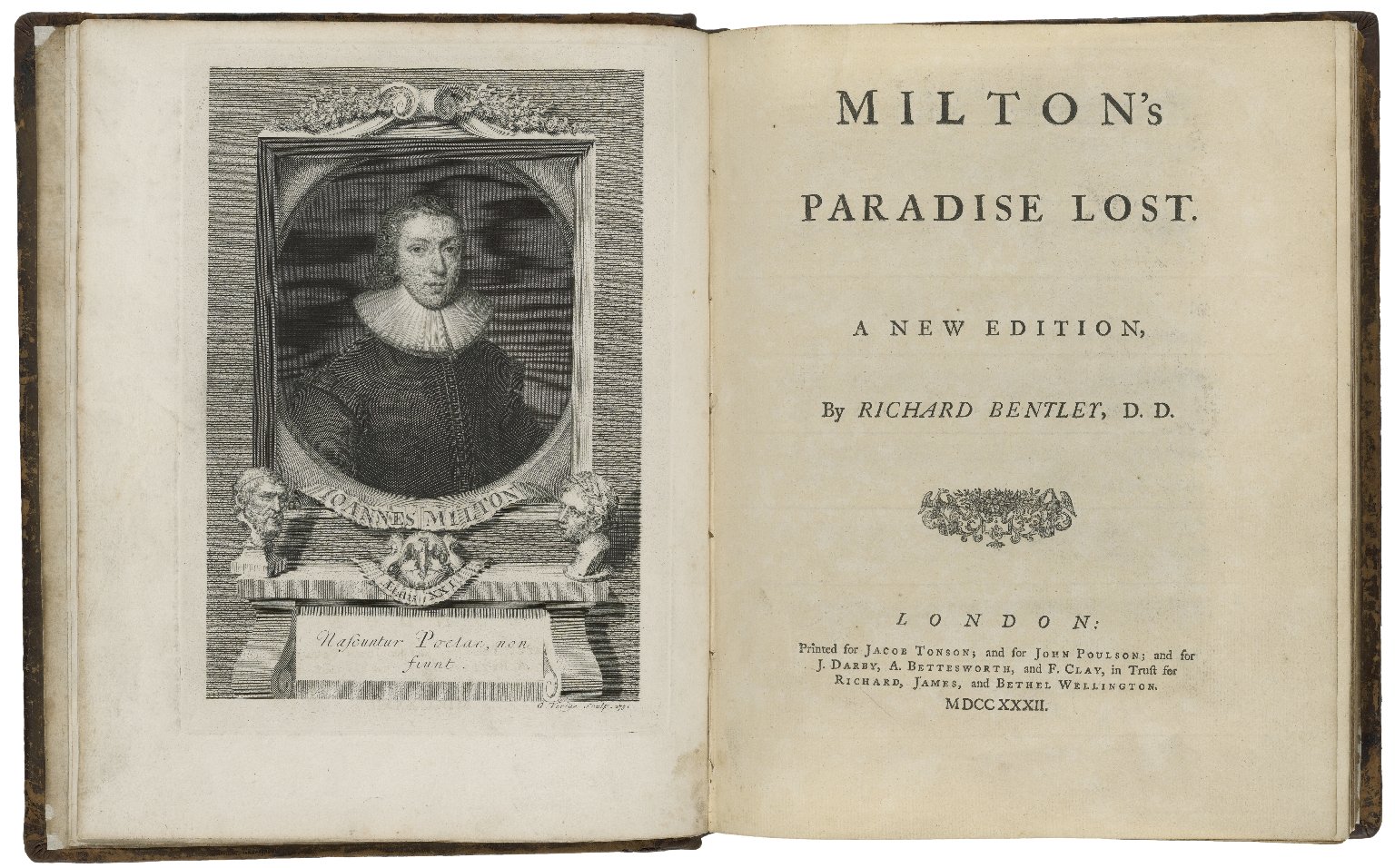