“The ideal of humanism has thus been reinforced in a manner which brings back to us something of the spirit which animated the Renaissance when it was largest and most vigorous. For the enthusiasm of the Renaissance was nourished by the monuments of classical art scarcely less than by the masterpieces of literature. Each statue that was disinterred from Italian soil, every stone or coin or gem that could help to illustrate the past, became a source of delight to men whose strenuous aim was to apprehend classical antiquity as a whole.

But the very progress made in recent times has brought us to a point at which the larger educational benefits of humanism become more difficult to harmonise with the new standards of special knowledge. A full comprehension of the Greek and Latin literatures demands at least some study of ancient thought, ancient history, archaeology, art. But each of the latter subjects is now, in itself, an organized and complex discipline ; to become an expert in any one of them is a work of years. Hence much can be said in favour of a plan by which the University student, who is to devote a course of three or four years to the humane letters, confines himself, during the earlier stage of it, to the languages and literatures ; then turns away from these, viewed in their wider range, and concentrates himself, for the rest of his time, on one or two important aspects of classical antiquity, such as philosophy and history, to the exclusion of the rest.” 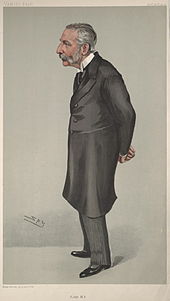 2 thoughts on “Narrow Specialization vs. Humanism”