“The faculty of propagation through eternity was eventually transferred from water to Venus, so that everything would subsequently be born from the intercourse of male and female. Because of the story about the castration of Kronos, our countrymen to this day call him Saturn, on account of the Greek word sathen, which means ‘penis,’ as if to say Sathurn. Similarly, they think that Satyrs are actually called Sathyrs, because they are rather prone to libidinous pursuits. They think that the sickle is attributed to Saturn because time (Chronos) measures and subsequently crops and cuts all things. They say that Saturn used to devour his children and vomit them back up; by this, it is meant that he is identified with Time (Chronos), by whose agency all things come into being and, in their turn, are devoured and then reborn.” 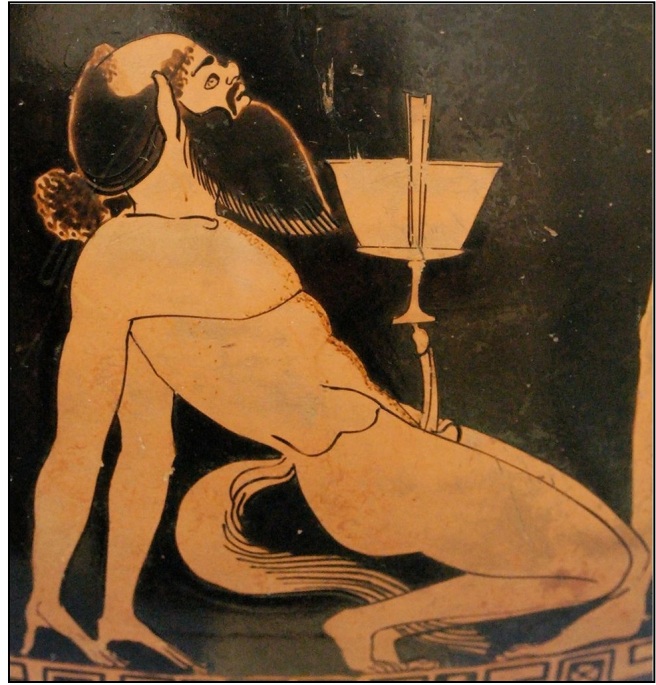