Sextus Tarquinius’ violation of Lucretia hastens the expulsion of the tyrants:

“This Brutus put down the Tarquins, alleging as his cause both the rape of Lucretia, and that otherwise the Tarquins were hated because of their tyranny and violence. Lucretia was the daughter of Lucretius Spurius, a man of the senate, and she had married Collatinus Tarquinius; she was famed for both her beauty and her wise modesty. Sextus, the son of Tarquinius Superbus, formed a desire to violate her, being not so much desirous of her beauty as he was eager for her chaste reputation. Waiting for Collatinus to be away from the house, he came to her at night and dismissed her guards as though she were his wife. First he attempted to sleep with her by using words, and then he employed violence. When he failed to achieve his purpose, he threatened to cut her down. When it was clear that she cared naught for death, he threatened to lay a slave beside her and kill both; he would then tell the tale that he had found them sleeping together and slain them. This threat terrified Lucretia, and she feared that she might be believed to have done such a thing, so she consented. After being violated, she placed a dagger under her pillow, and sent for both her husband and father; Brutus and Publius Valerius followed them. Through tears and wailing, she related the whole affair. Then she added, “I will now do what is proper for me; if you are men, you will avenge me, free yourselves from servitude, and show those tyrants what a sort of wife, and what sort of men they abused.” As she said all this, she immediately drew out the dagger and killed herself.” 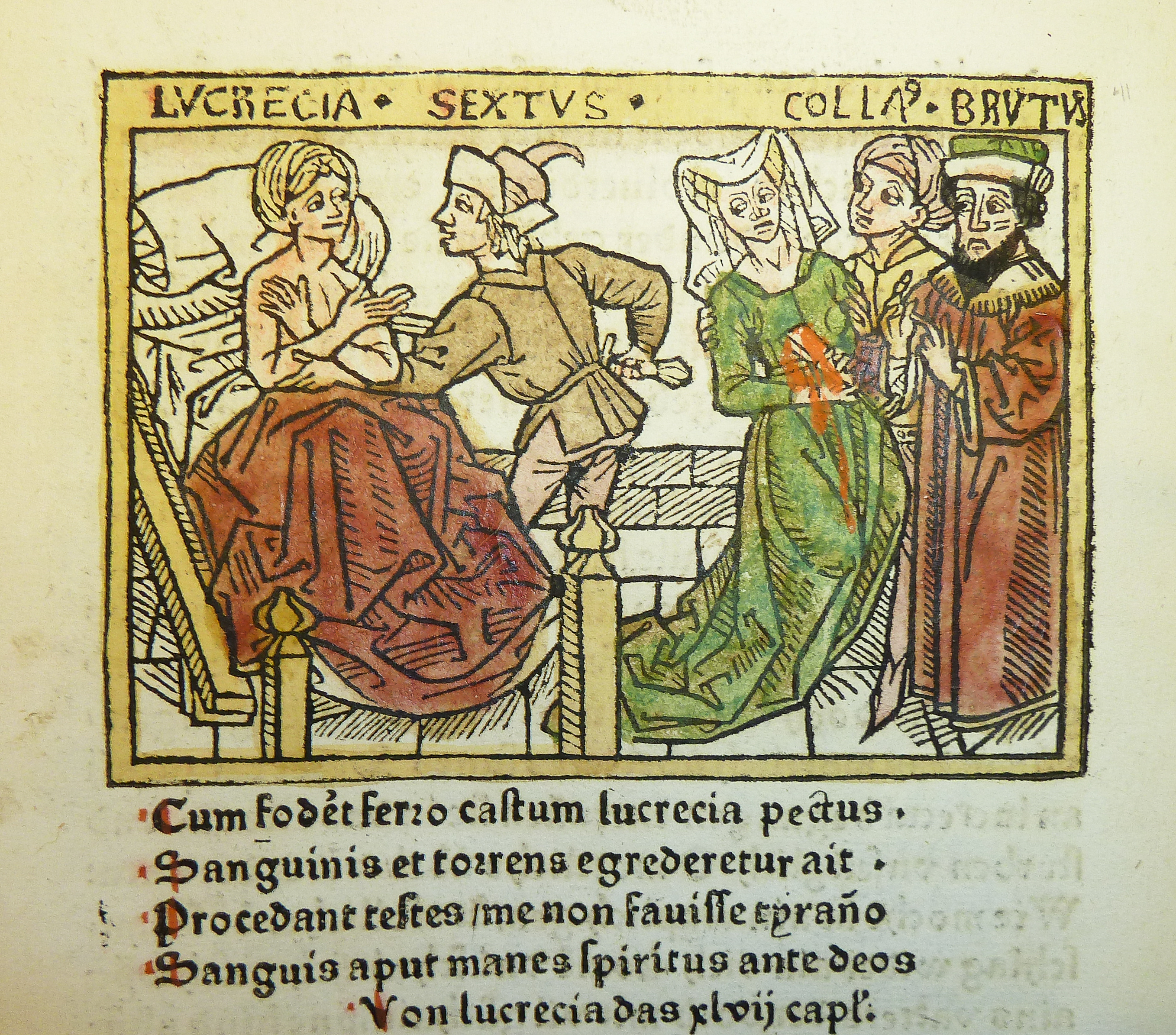