“They say that Hercules once stopped among them, and those who are about to enter a battle always sing his name before those of all other brave men. They also make use of songs, the recital of which (called the ‘barditus’ or ‘war cry’ by the Germans) inflames the spirits of the soldiers and foretells the fortune of the battle to come by its sound. They either instill terror, or shake with fear as the battle-line has sounded, and it sounds less like the sound of a voice than of manly ardor itself. A broken murmur and harshness of sound are also produced when their shields are lifted to their mouths, so that the voice can sound more fully and gravely by the reverberation.

Moreover, some speculate that Ulysses, driven on that long and fantastic journey to this Ocean, had himself come to the lands of Germany, and that Asciburgium, which was located on the bank of the Rhine and is inhabited even today, was founded and named by him. Nay, even more, they say that there was found in that same place an altar consecrated to Ulysses, which bears also the name of his father Laeertes; further, there are monuments and tombs bearing inscriptions in Greek letters which are still extant today on the borders of Germany and Raetia. I have no intention either of confirming or refuting these speculations: everyone may either add or withdraw his belief according to the inclination of his own mind.” 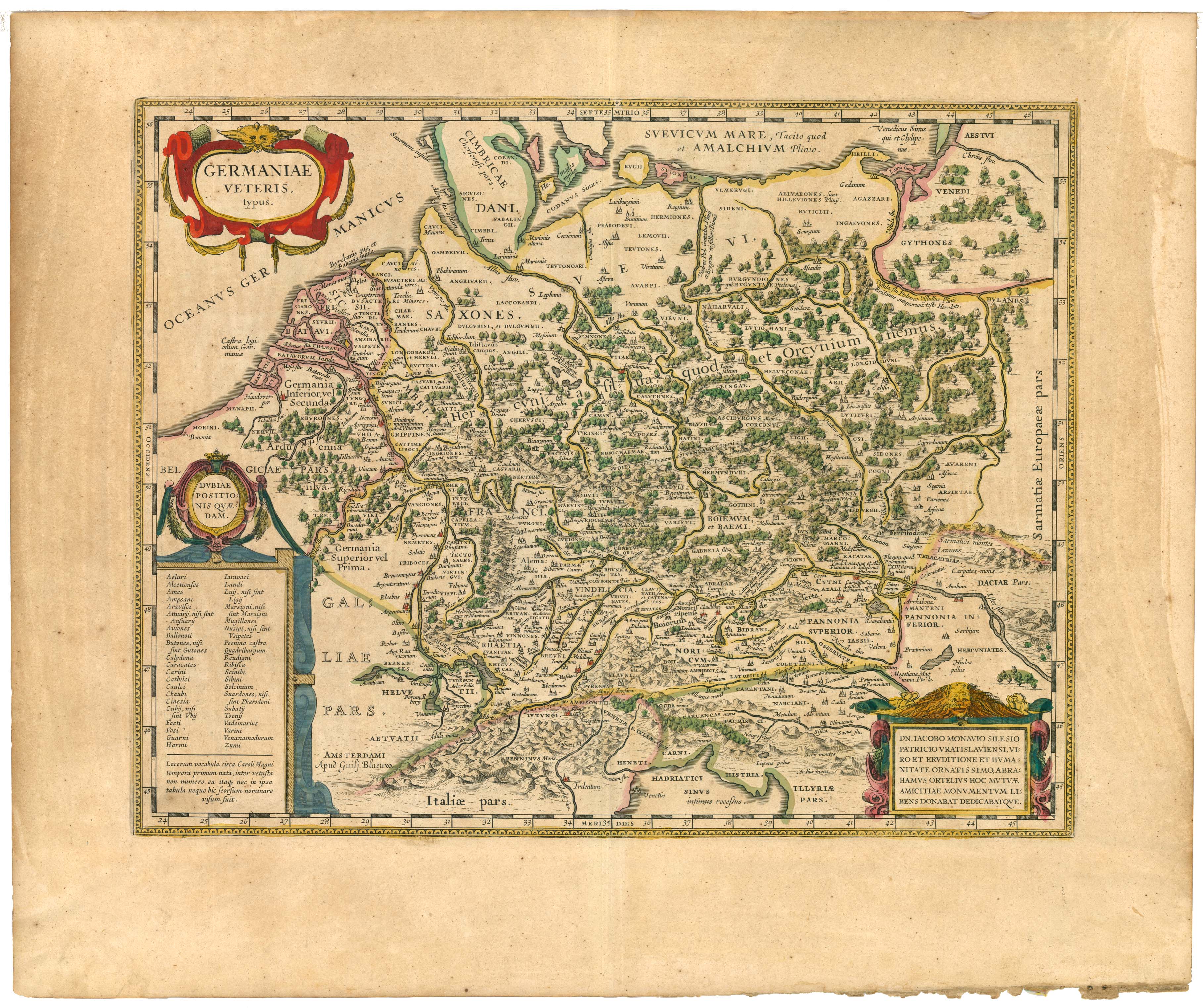