“Not so vile is the deed and saying of Caius Fimbria, but on their own they are both extremely bold. He planned that Scaevola would be slaughtered at the funeral of Gaius Marius. Once he learned that [Scaevola] had healed from his wound, he turned to accuse him in court.

There, when he was asked what he had to say against someone whose character couldn’t possibly be sufficiently praised, he said that he would claim the man had let the weapon wound him too easily. What an excess of insanity that accompanied the groan of a sick country!”

“But what is this life of yours like now? I shall speak to you in this way so that I do not seem to be moved by hatred but by the pity which you have earned from no one.

A little while ago you entered the senate. Who from that great crowd of your many friends and companions hailed you? If this treatment has affected no other person in human memory, are you waiting for verbal abuse even though you have been rejected by the weightiest judgement of their silence?

What do you make of the fact that the seats emptied at your arrival, that all the former consuls who were signaled for death by you left their seats naked and abandoned when you sat down? With what feelings do you think you should accept this?”

“There has been no civil war in our state which I can remember in which, regardless of which side was victorious, there was not some hope for a government in the future. In this conflict, however, I could not easily confirm what government we would have if we are victorious, but there will surely never be another if we lose.

This is why I put forth harsh legislation against Antony and Lepidus too, not so much for the sake of vengeance as to frighten the lawless citizens among us from besieging their own country and to prepare for posterity a reason why no one should desire to emulate such insanity.

Although this idea certainly was not more mine than everyone’s, in one way it seems cruel: the fact that children, who have earned none of this, suffer the same punishment as their parents. But this is an ancient practice which has existed in every kind of state. Even the children of Themistocles lived in deprivation! If the same penalty attends citizens condemned in court, how could we possibly be easier against our enemies? And what can anyone complain about me when he would have to admit that if he had defeated me he would have treated me worse?” 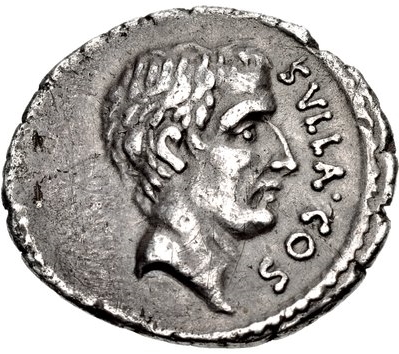 “The candidate Marcellus has been snoring so loudly that his neighbor—me—can hear him. I have learned that Clodius’ yard is almost completely empty, only a few nobodies with a lamp. They all claim that this has come about thanks to my plan, ignorant of how much is in the spirit of that Milo, and how great his judgment is too.

I won’t talk about certain recent miracles, but this is the essence of it. I don’t think the elections will happen, Clodius will be a defendant, unless he is killed beforehand and I think it is in Milo’s hands. If he thrusts himself into that mob, I suspect that he will be killed by Milo himself. He is not at all in doubt about it and looks forward to it. He does not fear what I faced—he’s never going to listen to jealous and deceptive advice or trust his life to a lazy nobility.”

“Caesar did not learn better in any other struggle
How he looked down from an unstable, shaky precipice
And that even the ground he stood on was trembling.

Undone by so many hands cut down, left only
His own sword, this man who forced so many peoples to war
He understood that the drawn sword is the soldier’s not the general’s.

The murmur was no longer timid, no more was anger
Hidden in the heart: for what binds together uncertain minds,
That each person fears the others he causes terror
And everyone thinks that they alone are oppressed by injustice,
Was no longer a cause to restrain people.”

“I believe it is in his fifth book that Scipio says ‘Just as a favorable trip is a captain’s task, health is the doctor’s, victory is the generals, the duty of the leader of a state is the happy life of its citizens: strength for their safety, abundance for their goods, fame for their self-worth, and truth for their virtue. I wish for the accomplishment of the best men among us to be this.’

‘Our’ Gnaeus has never before thought about this, nor now in the present affair at all. Domination has been sought by both of them—nothing has been done for the happiness and honesty of the state. [Pompey] did not leave the city because he could not defend it nor Italy because he was driven away, but from the beginning he planned to attack every land and sea, to annoy foreign kings, and to bring alien peoples to Italy in arms—to raise the largest armies. He has been salivating for a long time for that type of Sullan rule—and many who follow him long for it to. Do you believe that there was no way for them to come to an agreement, that no pact was possible? It is possible today, but neither man cares whether we are happy. Both want to rule.”

The following piece from the elder Seneca (Yes, Seneca the Elder, not the Younger) is based upon the imaginary story that Marcus Antonius offered to preserve Cicero’s life in exchange for the destruction of all his books.

Here the conditions [of the agreement] were intolerable. For nothing is so intolerable as to burn up the proofs of your own genius. In addition, this was an insult to the Roman people, whose language Cicero had elevated so that their eloquence outstripped the knowledge of arrogant Greece as much as their fortune in war. This would be a crime against humanity! Cicero would regret breaths bought at so high a price, since he would have to grow old as a slave using his eloquence only for one thing: praising Antony. This was a wretched sentence: to be granted life, but surrender genius.

Pompeius Silo proceeded to argue that Antony was not negotiating but instead was mocking Cicero. This was a not a condition, it was an insult: For even after the books were burned he would still kill him. Antony was not so foolish that he believed that burning the books was a concern to Cicero, a man whose writings were already famous over the whole world. Antony did not seek this thing he could do himself, unless of course he did not have the power over Cicero’s books which he had over Cicero. He sought nothing other than to kill Cicero after reducing him to a state of shame because he had spoken bravely and often about his contempt for death. Hence, Antony was not giving him life on a condition, but he was seeking his death in dishonor. Thus, Cicero ought to suffer bravely now what he would certainly suffer later in shame.