Francesco Petrarch sends greetings to his own Cicero

It was with the utmost avidity that I read through your letters, ‘sought for long and hard’, and found where I had hardly suspected to find them. I heard you saying many things, deploring many things, altering many things, Marcus Cicero, and I who had long ago known what a teacher you had been to others now at last recognized what you were to yourself. In turn, hear this – it’s not advice, but a lament, stemming from sincere affection. Wherever you are, hear what one of your posterity, one who loves your name most dearly, poured forth not without tears.

O, you who were always ill at ease and anxious, or – in your own words – ‘o rash and calamitous old man’, what did you want from so many contests and quarrels which were to do you no good? Where did you leave behind the leisure so suited to your age, your profession, and your fortune? What false splendor of glory wrapped you, an old man, up in the wars of the young and snatched you off, tossed about through all kinds of misfortunes, to a death unbecoming a philosopher?

Alas! So unmindful of your brother’s counsel and your own salutary precepts, bearing a lantern in the shadows like a nighttime wanderer, you showed your persecutors the footpath on which you miserably fell. I omit Dionysius, I omit your brother and grandson, I even omit Dolabella himself if I may, whom you now bear to the sky with your praise and now lacerate with your sudden curses; perhaps even these things were tolerable. I will even skip over Julius Caesar, whose well-known clemency was itself a harbor for your harassers. I even remain silent of Pompey the Great, with whom you seemed to be able to engage in some little bit of familiarity. It must have been your love of the republic, which you used to say had collapsed to its foundations. Because if pure faith, if liberty drew you on, why were you on such chummy terms with Augustus? What will you say to your Brutus? ‘If indeed’, he says, ‘Octavius meets your approval, you will not seem to have fled a master but to have sought a more friendly lord.’ This remained, and this was the last horror, unlucky Cicero, that you would badmouth this man who was so praised, and who, while he may not have done you ill, certainly did not stand in the way of those who did you ill. I mourn your fate, my friend, and I regret and lament your errors, and now with that same Brutus, ‘I attribute nothing to these arts, in which I know that you had been instructed.’ Indeed, what good does it do to teach others, or what good is it to go around talking all the time about virtue in the most ornate speeches, if at that same time you don’t even hear yourself? Ah, how much better it would have been especially for a philosopher to have grown old in a quiet country home, ‘thinking’, as you yourself write in some place, ‘about that eternal life, and not this little one which we have here.’ How much better to have had no fasces, not to have stood open-mouthed at triumphs, not to have had any Catilines to puff your mind up. But all of this is in vain. Farewell forever, my Cicero. 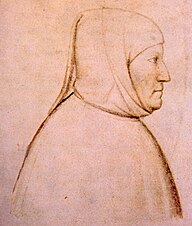