Frances Burney, The Diary and Letters of Madame D’Arblay

‘Streatham, Sunday, June 13. After church we all strolled the grounds, and the topic of our discourse was Miss Streatfield. Mrs. Thrale asserted that she had a power of captivation that was irresistible; that her beauty, joined to her softness, her caressing manners, her tearful eyes, and alluring looks, would insinuate her into the heart of any man she thought worth attacking.

Sir Philip declared himself of a totally different opinion, and quoted Dr. Johnson against her, who had told him that, taking away her Greek, she was as ignorant as a butterfly.

Mr. Seward declared her Greek was all against her, with him, for that, instead of reading Pope, Swift, or “The Spectator”—books from which she might derive useful knowledge and improvement—it had led her to devote all her reading time to the first eight books of Homer.

“But,” said Mrs. Thrale, “her Greek, you must own, has made all her celebrity:—you would have heard no more of her than of any other pretty girl, but for that.”

“What I object to,” said Sir Philip, “is her avowed preference for this parson. Surely it is very indelicate in any lady to let all the world know with whom she is in love!”

“The parson,” said the severe Mr. Seward, “I suppose, spoke first,—or she would as soon have been in love with you, or with me!”

You will easily believe I gave him no pleasant look.’ 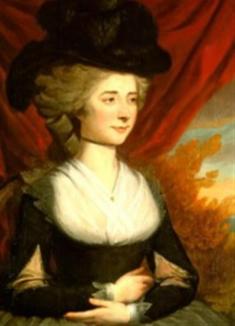