Josephus Justus, who was the tenth of fifteen children, was sent at the age of eleven with two of his brothers to school at Bourdeaux, where he remained three years, and then returned home to avoid the plague which broke out in that city. He had hitherto learned only Latin, which language he continued to study for four years under the tuition of his father, who had himself but a slight acquaintance with Greek. At the age of eighteen,  having lost his paternal instructor, he was led to Paris by his desire of studying Greek, and attended the lectures of Adrien Turnébe, the most distinguished critic and grammarian of the age. At the end of two months, however, he shut himself up closely in his study, resolved to learn that which no masters could teach him; and beginning with Homer, whom he read through in one and twenty days, he was enabled, by an accurate observation of the language, to draw up for himself a Greek grammar, the only one he ever made use of. He was accustomed frequently to mention with great complacency that he had never consulted a grammar or a lexicon. It is not easy to say why this should be matter of boasting, or what other credit could accrue to him from it, than that of having given himself much unnecessary trouble. The fact is probably not true, as it rests only on his own assertion, and the singular vanity and egotism of this eminent man leads us to receive with caution the commendations which he bestows upon himself. It appears, however, that at the age of seventeen he composed a Latin tragedy which possessed considerable merit.

After having made himself master of Homer, he proceeded to the next of the Greek poets in chronological order, and pursuing the same plan, read through all of them in the  incredibly short space of four months. For this again we have only his own word; and whoever has turned over the leaves of Stephen’s Corpus Poetarum, will be struck with a mixture of horror and incredulity at the very thought of such an undertaking. True it is, that we are told on the same authority, that Scaliger never allotted more than three  hours of each night to sleep ; an assertion which is probably deserving of as much credit as the preceding. 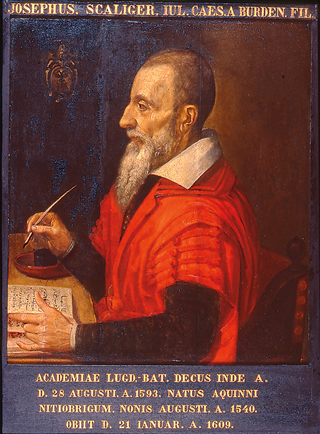 One thought on “Skip Sleep & Blast Through Homer”