Lorenzo Valla, in his grammatical, rhetorical, and dialectical works, wrote thus, and was accustomed to debate in such a way that he scarcely seemed interested in teaching, nor did it appear that he wanted to wrestle for and teach about truth and propriety so much as to curse and object to and talk shit about the ancient authors. So he rails against Cicero, snipes at Aristotle, and mocks Vergil. Indeed, he even dared openly to assert that, whether a certain Pindar was the author using his own name or another (for there is some doubt about it) who translated all of the books of Homer’s Iliad, which he condensed into a few lines of Latin verse – I say, he openly dared to assert that this Pindar was to be preferred to Vergil. 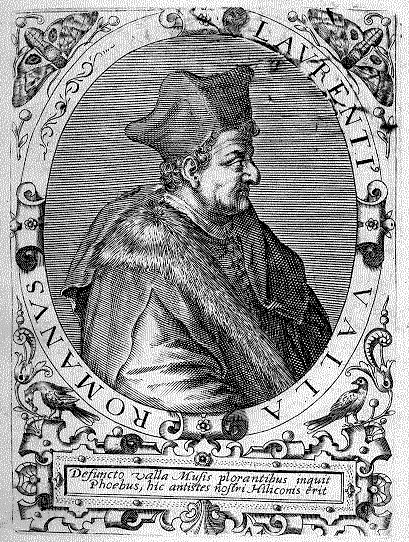