“As the Writers in Poetry and Fiction borrow their several Materials from outward Objects, and join them together at their own Pleasure, there are others who are obliged to follow Nature more closely, and to take entire Scenes out of her. Such are Historians, natural Philosophers, Travellers, Geographers, and in a Word, all who describe visible Objects of a real Existence.

It is the most agreeable Talent of an Historian, to be able to draw up his Armies and fight his Battels in proper Expressions, to set before our Eyes the Divisions, Cabals, and Jealousies of great Men, and to lead us Step by Step into the several Actions and Events of his History. We love to see the Subject unfolding it self by just Degrees, and breaking upon us insensibly, that so we may be kept in a pleasing Suspense, and have time given us to raise our Expectations, and to side with one of the Parties concerned in the Relation. I confess this shews more the Art than the Veracity of the Historian, but I am only to speak of him as he is qualified to please the Imagination. And in this respect Livy has, perhaps, excelled all who went before him, or have written since his Time. He describes every thing in so lively a Manner, that his whole History is an admirable Picture, and touches on such proper Circumstances in every Story, that his Reader becomes a kind of Spectator, and feels in himself all the Variety of Passions which are correspondent to the several Parts of the Relation.” 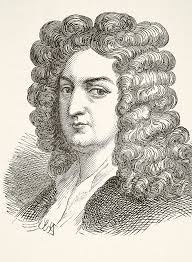