“After reading the previous chapter we may, perhaps, find ourselves inclined to agree with those persons who insist that the Graces and the Pluses are but rarely on visiting terms. Professor Porson, who was a generation older than Miss Fuller, Dr. Parr, who contradicted Dr. Johnson, and Dr. George Fordyce, are other startling examples of this breach between sisters. Mr. Timbs, the chronicler of both these gentlemen, becomes particularly morose when dealing with Professor Porson; and tells us that ‘it is sufficiently notorious that Porson was not remarkably attentive to the decoration of his person.’ But the decorations that adhered to him seem to me, on the contrary, of a very remarkable character; and a writer in the Monthly Magazine was much struck by his appearance, ‘with a large patch of coarse brown paper on his nose, the rusty black coat hung with cobwebs’; whilst another friend, who met him in 1807, was dumbfounded ‘by his fiery and volcanic face, and by his nose, on which he had a perpetual efflorescence, and which was covered with black patches; his clothes were shabby, his linens dirty’.

Yet in earlier life, who more gallant than the Professor, who more assiduous in their attentions to the Fair? It is rumoured, indeed, that he once carried a young lady round the room in his teeth. But that was before dinner, and after dinner, the Professor, though equally manly, was less urbane. Indeed Mr. Timbs tells us that, whilst at Cambridge, his passion for smoking, which was then going out among the younger generation, his large and indiscriminate potations, and his occasional use of the poker with a very refractory controversialist, had caused his company to be shunned by all except the few to whom his wit and scholarship were irresistible. Apparently, the gifts in question did not always prove irresistible to the Fellows of Trinity, who when the use of the poker seemed imminent, would slink out of the Common Room, and leave the Professor sitting at the table, emitting no sign of life excepting a perpetual eruption of smoke. In the morning, the servants were accustomed to seeing him sitting where he had been left, with no appearance of having moved, even once, during his night-long vigil.

These vigils became a source of anxiety in the houses which the Professor frequented, and it became necessary, at last, for the sake of preserving the health and sanity of the hosts, that the Professor should be told that he must never stay to a later hour than eleven. He showed no resentment at this mandate, but kept the agreement, honourably, and to the letter. But, ‘though he never attempted to exceed the hour limited, he would never stir before and woe betide the host who suggested such a breach of faith. But this state of affairs did not extend to every house, or to every host, and there were houses in which the Professor behaved like a lion rampant.

The unfortunate Mr. Horne Tooke, for instance, was one of Professor Porson’s unhappier hosts, for he was foolish enough to invite the Professor to dine with him on a night that he knew had been preceded by three nights in which the Professor had refused all entreaties on the part of his hosts that he should go home to bed. Mr. Tooke thought, there-ore, that Professor Porson would relent on this occasion. But the night wore on, and Mr. Tooke was worn out, for the Professor became more and more animated, passing from one learned theme to another. The poker was out of sight and out of mind, but insensibility, at any costs, might have been preferred. Dawn broke, the birds sang, the milkmen shouted, the Professor continued his monologue. At last, in mid morning, the exhausted Mr. Tooke proclaimed that he had an engagement to meet a friend for breakfast in a coffeehouse at Leicester Square. The Professor was delighted, and announced that he would come too. But in the end. Providence came to the rescue of Mr. Tooke and, soon after the Professor and he were seated in the coffee- house, the Professor’s attention was distracted for an instant, and Mr. Tooke, seizing the opportunity, fled as fast as his legs would carry him, nor did he pause for breath until he had reached Richmond Buildings. Having reached this haven of refuge, he barricaded himself in, and ordered his servant not to admit the Professor even if he should attempt to batter down the door. For ‘a man’, Mr. Tooke observed, ‘who could sit up four nights successively, could sit up forty’.” 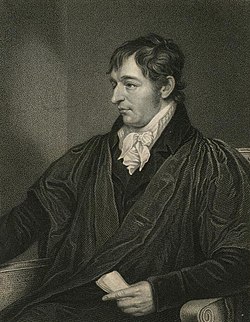