“When a philologist, a grammarian, and a philosopher read Cicero’s book On the Republic, each one applies his attention to something different. The philosopher marvels that so many things could be said against justice. When the philologist approaches the same reading, he notes this: that there were two Roman kings, of which one did not have a father and the other lacked a mother. (For there is doubt about Servius Tullius’ mother, and Ancus Martius is said to have been the grandon of Numa, but no father is remembered.) Further, the philologist notes that what we call a ‘dictator’ and read thus described in history was known among the ancients as the ‘magister populi’. That fact remains today in the Augural Books, and is proven by the fact that the one nominated by a dictator is called the ’magister equitum’. The philologist also notes that Romulus died during a disappearance of the sun; that there was a provocatio ad populum even from the kings – thus it is registered in the pontifical books and in Fenestella.

When the grammarian explains the same books, he first puts into his commentary that Cicero says ‘reapse’ for ‘re ipsa’ and is no less inclined to write ‘sepse’ for ‘se ipse’. He then moves on to those things which the custom of our time has changed, just as Cicero says, ‘since we were called from the chalk (calce) by his interruption’, for what we now call ‘chalk’ (creta) was called calce by the ancients.” 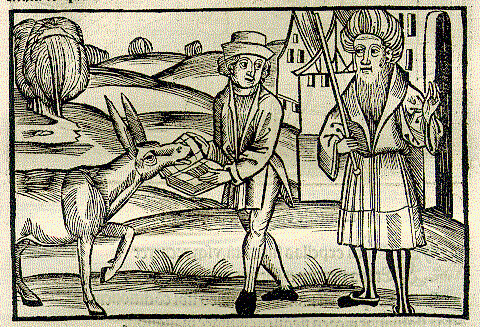 2 thoughts on “A Philologist, a Grammarian, and a Philosopher Go Into a Book…”