“He was both a glutton and a degenerate. As a young man, he disgraced every kind of person who was with him, and was disgraced in turn. He used to throw people who laughed at him to the beasts. He even had a man, who was reading the book of Suetonius containing the life of Caligula, to be thrown to the beasts, because he had the same birthday as Caligula. If anyone expressed a wish to die, he ordered the execution to be hurried up, even if the person was actually unwilling. He was even given to harm in his jokes. He had once seen a man who had some gray hairs which resembled worms among his black hair, and had placed before him a starling who pecked at his head, thinking that he was pecking at worms; this left his head suppurating from the blows of the beak.

He cut a fat man in the middle of the stomach, so that his intestines poured out. He called people “Limpy” or “Winky” after he himself had deprived them of an eye or broken their foot. Further, he killed many more because they had run into him in barbarian dress, and others because they were noble or famous. He had among his favorites people named after the genitals of each sex, whom he used to shower with kisses. He had with him a man with a penis far exceeding the measure of those of animals; he called this man, who was dearest to him, Onos (The Ass), and he both enriched him and made him head of the priesthood of the Rustic Hercules. It is said that he often mixed human shit into even the most expensive foods, and did not even refrain from tasting them himself, making (as he thought) a mockery of others.” 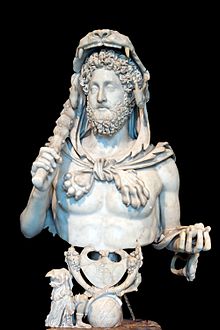 3 thoughts on “Incommoded by Cruelty”