“Once he accepted the cognomen Germanicus after two triumphs, he renamed the months of September and October from his own names, calling one Germanicus and the other Domitianus because he had assumed rule in one and was born in the other.

For these reasons he became a source of fear and hateful to everyone. He was finally overthrown by plots led together by his friends and freedman with his wife’s knowledge. He had a longstanding suspicion over the final year and day of his death. When he was young, astrologers had predicted all these things to him. His father also once mocked him at dinner because he was refusing mushrooms, claiming that he was ignorant of his fate because he did not fear the sword instead. For these reasons he was always fearful and anxious and was excessively upset even over the smallest suspicions.” 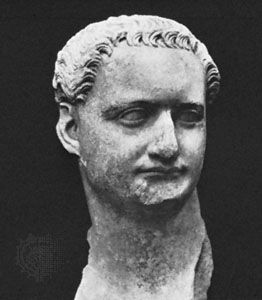