. . . These men [philosophers] were reputed to be especially clever and succinct at answering questions, so he [Alexander] put hard questions to them. He said he would kill the first one who answered incorrectly, and then, one by one, do likewise to the others.

The first was asked which he thinks is more numerous: the living or the dead. He said “the living, for the dead no longer exist.”

The second was asked which has larger beasts: the earth or the sea. “The earth,” he answered, ”for the sea is part of the earth.”

The third was asked what animal is the most cunning. “The one which, up to now,” he said, “mankind has not discovered.”

The fourth, questioned about his reasons for encouraging Sabbas to revolt, answered: “I wanted him to live well or to die well.”

The fifth was asked which he thought came first, day or night. “Day,” he said, “and by one day.” He added, in response to the king’s astonishment, “there must be hard answers to hard questions.” 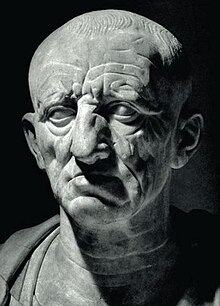 Menekrates: “Musonius, that voice which made him music-mad and longing for Olympian and Pythian games, how was the tyrant’s voice? Some people who sailed to Lemnos were amazed by it, others mock it.”

Musonius: “Well, Menekrates, his voice really merits neither wonder nor mockery, since nature has made him moderately and unquestionably in tune. He speaks with a naturally open and deep voice, since his throat is deep, and when he sings he buzzes a little because of his throat shape. Nevertheless, the tones of his voice make him seem smoother if he does not try too hard, but relies instead on the melody, good accompaniment, and selecting the right time to walk, to stop, to move, and to nod his head along with the music. What is shameful is that a king appears to want success in these pursuits.”

“He was mostly deranged by a desire for popularity and was an enemy to anyone who had any sway over the popular mob. Most believed that after all of his accomplishments on the stage he was going to compete among the Athletes at the next Olympian games. He was wrestling endlessly and he had watched the gymnastic contests all over Greece as a judge would, sitting on the ground of the stadium. If any competitors withdrew too far back, he would push them forth again with his own hand. Because he was alleged to have equaled Apollo in song and the Sun in chariot-driving, Nero planned to rival the deeds of Herakles too. People claim that a lion had been trained which he would be able to kill naked in the amphitheater in front of all the people with either a club or his arms’ embrace.”

“He had a desire for eternal and endless fame, but it was ill-considered. Because of this he changed the names of many things and places from their ancient titles to something from his own name. So, he called the month of April Neroneus and planned to have Rome renamed Neropolis.”

“Pythagoras shut himself in a hole in the ground and told his mother to tell people that he was dead. After that, once he reappeared again later, he was telling fantastic tales of reincarnation and the people of Hades, explaining to the living about the matters of the dead. From these stories, he created that kind of repute for himself that, before the Trojan War, he was Aithalidês the son of Hermes and then Euphorbos, and then Hermotimos of Samos, then Delian Pythios and after all of them, Pythagoras.”

“A ruler’s first duty is to save the state itself. This is saved no less in refraining from what is not fitting than from pursuing what is fitting. But the one who shirks or overreaches is no longer a king or a ruler, but in fact becomes a demagogue or a despot. He fills the subjects with hatred and contempt. While the first problem seems to come from being too lenient or a concern for humanity, the second comes from self-regard and harshness.”

“Tyrtaeus, a son of Arkhembrotos, Laconian or Milesian. An elegiac poet and an aulos player. The story goes that he used his songs to encourage the Spartans while they were fighting the Messenians and he made them stronger. He is really ancient, contemporaneous with the so-called Seven Sages, or even older. He peaked around the time of the 35th Olympiad. He wrote a Constitution for the Spartans and precepts in elegiac poems as a well as martial songs, 5 books worth.

Tyrtaeus: The Spartans swore to either seize Messenia or die trying. When Apollo prophesied that they should take a general from the Athenians, they took the poet Tyrtaeus, a disabled man. He helped them take Messenia by encouraging them to excellence. They razed the city and converted the warriors into Helots.”

“That Tyrtaeus was Athenian, a humble person in his fortune. He was a teacher with a disability who was despised in Athens. Apollo prophesied to the Lakedaimonians to send for him–at that time when they were fighting the Messenians and were in great danger–because he would be just enough for them to figure out what would be advantageous. He ordered them to use him as an advisor.”

the biographical tradition that makes Tyrtaeus foreign to Laconia may be rooted in his poetic dialect. Tyrtaeus–unlike, say, Alcman–does not present a Doric dialect, but instead an Ionian dialect closer to the Panhellenic poetic forms favored by Homer and Hesiod. The stories attached to him can be seen, I think, as a individuated biographical allegory for Panhellenism.

“[Theophrastus] died an old man, eighty-five years old, when he had recently retired. And this is my epigram about him:

This saying was never uttered to any mortal untrue:
Wisdom’s bow breaks when it is left unused
As long as he worked, Theophrastus was well
But once he relaxed, he immediately fell.

People report that when Theophrastus was asked by his students if he had anything to advise them, he said, “I can’t advise anything other than this: Life makes many pleasures seem real through their reputation. At the moment when we begin to live, we die! There’s nothing as useless as the love of glory.

Goodbye and may you be lucky. Give up my way of life because it requires great toil or stand to it well, for great reputation will be yours. There’s more disappointment in life than profit. But since I can’t advise you any longer, make it your business to investigate what is right to do.”

He said these things, allegedly, and then died.”

Diogenes Laertius on Aristippus (Lives of the Eminent Philosophers, 99)

“He said that the world was his country. That theft, adultery, and sacrilege had their seasons, since none of these are shameful by nature if you take away the opinion against them which has been upheld for the policing of fools.

Once this logic was accepted, he would continue by saying that “therefore if someone takes enjoyment of something in the way it is useful he does not do wrong—not even if he uses beauty in the way beauty is useful.” He used to win arguments by saying these kinds of things.”

“Pythagoras shut himself in a hole in the ground and told his mother to tell people that he was dead. After that, once he reappeared again later, he was telling fantastic tales of reincarnation and the people Hades, explaining to the living about the matters of the dead. From these stories, he created that kind of repute for himself that, before the Trojan War, he was Aithalidês the son of Hermes and then Euphorbos, and then Hermotimos of Samos, then Delian Pythios and after all of them, Pythagoras.”

“When a small box was brought to him—which seem more valuable than the rest of the possessions and baggage they had taken from Dareios, [Alexander] asked his friends what thing seem especially worthy of being put in it. Although many of them made many suggestions, Alexander said that he would keep the Iliad safe by placing it inside. Not a few of the most credible sources claim this.

If, as the Alexandrians say is true—since they believe Herakleides—Homer was no lazy or unprofitable travel companion…”

This passage refers to an earlier moment in the Life. Coincidentally, I also sleep the same way…

“[Alexander] was also naturally a lover of language, a lover of learning, and a lover of reading. Because he believed that the Iliad was a guidebook for military excellence—and called it that too—he took a copy of it which had been edited by Aristotle which they used to refer to as “Iliad-in-a-Box”. He always kept it with his dagger beneath his pillow—as Onêsikritos tells us.

When there were no other books in -and, he sent to Harpalos for some more. Then Harpalus sent him Philistos’ books along with some tragedies of Euripides, Sophokles and Aeschylus and the dithyrambs of Telestes and Philoxenos.”

Plutarch tells a slightly different story in the Moralia

“Yes, indeed, the accoutrements he possessed thanks to Aristotle were greater than what he got from Phillip when he went against the Persians. But, while we believe those who claim that Alexander said that the Iliad and the Odyssey went with him as guides on his expedition—since we do think that Homer is sacred—don’t we dismiss anyone who claims that the epics followed him as his solace and distraction from work with sweet leisure when the true guide was the reason he had from philosophy and his ‘baggage’ was his notes on Bravery, Prudence, and greatness of spirit?”