“Hipponax was known for the ugliness of his face. For that reason, these two sculptors from Chios set out a mocking image of him among circles of people who laughed at it. Hipponax, wondrous wroth at this, refined the savagery of his poems to such a pitch, that it is believed by some that he drove the two men to hang themselves. Obviously this is false. For these two sculptors made many statues afterward, as in Delos, to which they appended the verse Chios is not valued for its grapes as much as for the works of Achermus’ sons.” 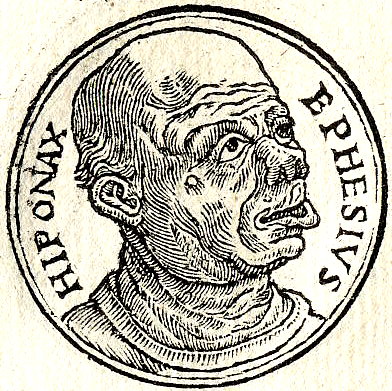 One thought on “Hipponax and Hanging – Hype and Hogwash”