George Orwell: Such, Such Were the Joys

“The child and the adult live in different worlds. If that is so, we cannot be certain that school, at any rate boarding school, is not still for many children as dreadful an experience as it used to be. Take away God, Latin, the cane, class distinctions and sexual taboos, and the fear, the hatred, the snobbery and the misunderstanding might still all be there. It will have been seen that my own main trouble was an utter lack of any sense of proportion or probability. This led me to accept outrages and believe absurdities, and to suffer torments over things which were in fact of no importance. It is not enough to say that I was ‘silly’ and ‘ought to have known better.’ Look back into your own childhood and think of the nonsense you used to believe and the trivialities which could make you suffer. Of course my own case had its individual variations, but essentially it was that of countless other boys. The weakness of the child is that it starts with a blank sheet. It neither understands nor questions the society in which it lives, and because of its credulity other people can work upon it, infecting it with the sense of inferiority and the dread of offending against mysterious, terrible laws. It may be that everything that happened to me at Crossgates could happen in the most ‘enlightened’ school, though perhaps in subtler forms. Of one thing, however, I do feel fairly sure, and that is that boarding schools are worse than day schools. A child has a better chance with the sanctuary of its home near at hand. And I think the characteristic faults of the English upper and middle classes may be partly due to the practice, general until recently, of sending children away from home as young as nine, eight or even seven.” 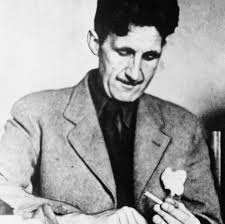