“The incomparable Lacedemonians, did not onelie carrie that kinde of Musicke ever with them to the field, but even at home, as such songs were made, so were they all content to be singers of them: when the lustie men were to tell what they did, the old men what they had done, and the yoong what they would doo. And where a man may say that Pindare many times praiseth highly Victories of small moment, rather matters of sport then vertue, as it may be answered, it was the fault of the Poet, and not of the Poetrie; so indeed the chiefe fault was, in the time and custome of the Greekes, who set those toyes at so high a price, that Philip of Macedon reckoned a horse-race wonne at Olympus, among his three fearfull felicities. But as the unimitable Pindare often did, so is that kind most capable and most fit, to awake the thoughts from the sleepe of idlenesse, to embrace honourable enterprises. Their rests the Heroicall, whose verie name I thinke should daunt all backbiters. For by what conceit can a tongue bee directed to speake evil of that which draweth with him no lesse champions then Achilles, Cirus, Aeneas, Turnus, Tideus, Rinaldo, who doeth not onely teache and moove to a truth, but teacheth and mooveth to the most high and excellent truth: who maketh magnanimitie and justice, shine through all mistie fearfulnesse and foggie desires.

Who if the saying of Plato and Tully bee true, that who could see vertue, woulde be woonderfullie ravished with the love of her bewtie. This man setteth her out to make her more lovely in her holliday apparell, to the eye of anie that will daine, not to disdaine untill they understand. But if any thing be alreadie said in the defence of sweete Poetrie, all concurreth to the mainteining the Heroicall, which is not onlie a kinde, but the best and most accomplished kindes of Poetrie. For as the Image of each Action stirreth and instructeth the minde, so the loftie Image of such woorthies, moste enflameth the minde with desire to bee woorthie: and enformes with counsaile how to bee woorthie. Onely let Aeneas bee worne in the Tablet of your memorie, how hee governeth himselfe in the ruine of his Countrey, in the preserving his olde Father, and carrying away his religious Ceremonies, in obeying Gods Commaundment, to leave Dido, though not onelie all passionate kindeness, not even the humane consideration of vertuous gratefulnesse, would have craved other of him: how in stormes, how in sports, how in warre, how in peace, how a fugitive, how victorious, how besieged, how beseiging, how to straungers, how to Allies, how to enemies, how to his owne. Lastly, how in his inwarde selfe, and how in his outwarde government, and I thinke in a minde moste prejudiced with a prejudicating humour, Hee will bee founde in excellencie fruitefull.” 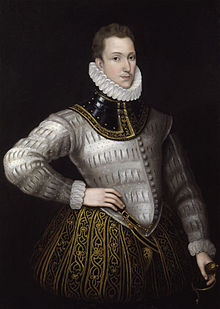