“Terra (earth) is, the same as humus (soil). Thus, they say that Ennius meant “to the earth” when he said: “they were striking the soil with their elbows”. Because the earth is soil, the man who is dead and covered with earth (terra) is said to be inhumed (humatus).

Based on this correlation, if some Roman is cremated and if his burial place is not covered with clods of earth or if a bone has been excluded for the purification of the family of the dead, the family remains in mourning until the bone or body is covered by soil (humus) for the purpose of purification—the period of time during which, as the priests say, the body is uncovered [or exhumed? Inhumatus]. Also, a man who inclines toward the soil (humus) is called “more humble”; the lowest character is called most humble (humillimus) because the humus (soil) is the lowest thing in the world.”

Varro, on the Latin Language (VII. 3)

“It is not surprising [that ancient words have unclear meanings] since not only was Epimenides not recognized by many when he got up from sleep after 50 years, but Teucer as well was unknown by his family after only 15 years, according to Livius Andronicus. But what is this to the age of poetic words? If the source of the words in the Carmen Saliorum is the reign of Numa Pompilius and those words were not taken up from previous composers, they are still 700 years old.

Why, then, would you criticize the labor of an author who has not successfully found the name of a hero’s great-grandfather or that man’s grandfather, when you cannot name the mother of your own great-grandfather’s grandfather? This distance is so much closer to us than the period from now to the beginning of the Salians when people say the Roman’s poetic words were first in Latin.”

Teucer was a king of Salamis who was absent during the Trojan War.

Epimenides was a poet from Crete who wrote a Theogony. He allegedly went to sleep as a boy and awoke 57 years later. Here’s his strange entry from the Suda.

“Epimenides, son of Phaistos or Dosiados or Agiasarkhos and his mother was Blastos. A Cretan from Knossos and epic poet. As the story goes, his soul could leave his body for however long the time was right and then return again. When he died, after some time his skin was found to be tattooed with words. He lived near the 30th olympiad and he was among the first of the seven sages and those after them. For he cleansed Athens of the plague of Kylôneios at the time of the 44th Olympiad when he was an old man. He wrote many epic poems, including in catalog form about mysteries, purifications, and other riddling matters. Solon wrote to him asking for the cleansing of the city. He lived 150 years but he slept for 50 of them. “The Epimenidean skin” is a proverb for mysterious writings.”

“Terra (earth) is, the same as humus (soil). Thus, they say that Ennius meant “to the earth” when he said: “they were striking the soil with their elbows”. Because the earth is soil, the man who is dead and covered with earth (terra) is said to be inhumed (humatus).

Based on this correlation, if some Roman is cremated and if his burial place is not covered with clods of earth or if a bone has been excluded for the purification of the family of the dead, the family remains in mourning until the bone or body is covered by soil (humus) for the purpose of purification—the period of time during which, as the priests say, the body is uncovered [or exhumed? Inhumatus]. Also, a man who inclines toward the soil (humus) is called “more humble”; the lowest character is called most humble (humillimus) because the humus (soil) is the lowest thing in the world.”

And so I end the record of my literary performances,—which I think are more in amount than the works of any other living English author. If any English authors not living have written more—as may probably have been the case—I do not know who they are. I find that, taking the books which have appeared under our names, I have published much more than twice as much as Carlyle. I have also published considerably more than Voltaire, even including his letters. We are told that Varro, at the age of eighty, had written 480 volumes, and that he went on writing for eight years longer. I wish I knew what was the length of Varro’s volumes; I comfort myself by reflecting that the amount of manuscript described as a book in Varro’s time was not much. Varro, too, is dead, and Voltaire; whereas I am still living, and may add to the pile. 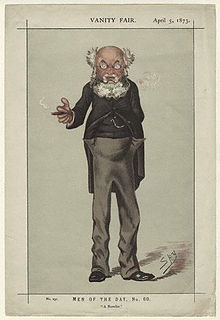 From Augustine’s City of God XVIII.17

“Varro adds to this by relating other things no less incredible about that most renowned witch Circe, who changed the companions of Ulysses into beasts, and about the Arcadians, who after drawing lots would swim across a certain pool and there be turned into wolves; they would then live with similar wild beasts in the deserts of that region. If, however, after nine years they had not tasted of human flesh, they would be turned back into humans if they swam back across the pond. He also mentions that a certain Demaenetus had tasted a part of the sacrifice in the form of a burnt boy which the Arcadians used to offer to their god Lycaeus; he was turned into a wolf and after ten years restored to his human form. He then practiced boxing and won that contest in the Olympics. The same historian thinks that such a name was not given to Pan Lycaeus and Jupiter Lycaeus for any other reason than this transformation into wolves, which they used to think could not happen but by divine influence. (For, a wolf is called a lykos in Greek, from which it appears that the name of Lycaeus is derived. He also says that the Romans were called Luperci as though derived from the seed of those mystery rites.)”

“The passing of time degrades most things; it destroys many. The man you saw as a handsome boy you find distorted in old age. A third generation does not see the same man the first witnessed For this reason, the things which memory has stolen from our forebears, despite the work of Mucius and Brutus to track the fugitives down, cannot be brought back. If I am not able to track things down, I will not be slower because of it, but quicker in pursuit if possible. For the shadows in the forests where these things must be sought are not modest and there are no worn paths to the places we want to pursue—and, certainly, no few obstacles which may stand in the tracker’s way.”

Marcus Terentius Varro was a Roman scholar who lived from the time of the Gracchi until after the Battle of Actium (116 BC to 27). He wrote 25 books on the Latin language, of which we have barely 20%.

END_OF_DOCUMENT_TOKEN_TO_BE_REPLACED

XVII. With what equanimity Socrates endured the intractable spirit of his wife; and also, what Marcus Varro wrote about the duty of a husband in a certain satire.

Xanthippe, the wife of the philosopher Socrates, is said to have been so given to distemper and quarreling, and to have poured out her wifely irritations upon him both day and night. Alcibiades marveled at these fits against the husband, and asked Socrates why he did not drive such a bitter woman from his house. ‘Because,’ said Socrates, ‘when I put up with her at home, I become accustomed to and exercised in the art of bearing more readily the insolence and injustice of others when I am out of the house.’

In accordance with this sentiment, even Marcus Varro wrote in a Menippean Satire about the duty of a husband, ‘The faults of a wife are either to be removed or endured. He who removes his wife’s faults makes her more pleasant; but he who bears them, makes himself better.’ These words of Varro, ‘remove’ and ‘bear’ are well-turned, but it appears that he wrote ‘to remove’ in the sense of ‘to correct.’ It even appears that Varro would think that the faults of this same wife, should they not admit of correction, should simply be born, if a husband can bear them honestly; for our faults are at any rate not as serious as crimes.

For even more on Socrates’ wife, see earlier posts on Xanthippe in Plutarch and Diogenes. There are also accounts that Socrates had two wives!

“For this reason, everybody, when it is too hot or too moist, will either die or, if it persists, will be sterile. Summer and winter bear witness to this, since in the first, the air is hot and the wheat dries up, while in the other nature does not long to struggle with the rain and the cold to bring new life—instead, it waits for spring. Therefore, the roots of creation are two-fold: fire and water. For this reason there are placed at the threshold during wedding ceremonies since here is where things join and since the fire is male, which the semen is there, and the water is female, since a fetus develops from her moisture and the force of their binding together is Venus. This is why the comic poet says “Venus is his conqueress, do you see this?” not because Venus wants to conquer [vincere] but because she plans to bind [vincire].”

Varro, On the Latin Language VII 1.3

“Therefore, when a man has said many things well about the origins of words, it is better to regard him well rather than to find fault with someone who has not been able to contribute anything. This is especially true since the art of etymology claims that it is not possible to find the origin of all words—just as it is not possible to say why a useful medicine is good for healing. Just so, if I do not know about the roots of a tree, I am able still to say that a pear is from a branch and a branch is from a tree whose roots I do no see.”

Aulus Gellius 13.6 On the enigma

“What the Greeks call enigmas, some of most ancient writers called this genre “scirpi” (“rushes”). I have just found an example of this that is very old, by Hercules, and very charming, composed in three iambic trimeters. I have left it without an answer so that I can prompt theories of my readers in answering it. These are three lines:

I don’t know whether he is less once or twice
Or both of these at once; as I once heard him say
That he did not wish to yield his place to king Zeus himself

He who does not wish to bother himself for too long over this will find what the answer is in the second book of Varro’s On Latin Language, dedicated to Marcellus.”

[The answer is Terminus. Once and twice minus equals thrice minus (terminus). Terminus refused to be removed from a section of the temple to Capitoline Jupiter].