“But what were sunsets to us, with the wild excitement upon us of approaching the most renowned of cities! What cared we for outward visions, when Agamemnon, Achilles, and a thousand other heroes of the great Past were marching in ghostly procession through our fancies? What were sunsets to us, who were about to live and breathe and walk in actual Athens; yea, and go far down into the dead centuries and bid in person for the slaves, Diogenes and Plato, in the public market-place, or gossip with the neighbors about the siege of Troy or the splendid deeds of Marathon? We scorned to consider sunsets.

We arrived, and entered the ancient harbor of the Piraeus at last. We dropped anchor within half a mile of the village. Away off, across the undulating Plain of Attica, could be seen a little square-topped hill with a something on it, which our glasses soon discovered to be the ruined edifices of the citadel of the Athenians, and most prominent among them loomed the venerable Parthenon. So exquisitely clear and pure is this wonderful atmosphere that every column of the noble structure was discernible through the telescope, and even the smaller ruins about it assumed some semblance of shape. This at a distance of five or six miles. In the valley, near the Acropolis, (the square-topped hill before spoken of,) Athens itself could be vaguely made out with an ordinary lorgnette. Every body was anxious to get ashore and visit these classic localities as quickly as possible. No land we had yet seen had aroused such universal interest among the passengers.” 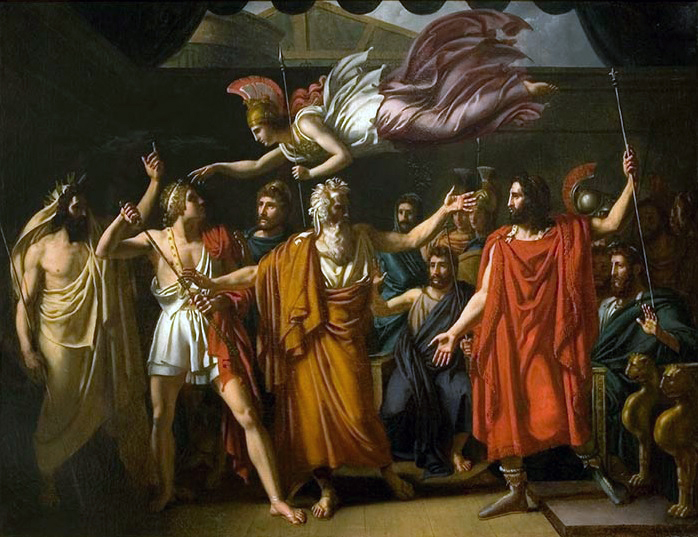