The following inscription appears on the front of a Kore statue.
IG I³ 1261 (Here’s the PHI Link)

“I am the grave of Phrasikleia.
I will be called a girl forever.
I drew this name from the gods
as my lot instead of marriage.”

[on the back] “Aristion the Parian made me”

Here is the way it is presented in the Appendix to the Greek Anthology (69.2):

Nathalie Scott has a nice write up of this piece online.

Here’s a picture of the Phrasikleia sculpture (the epigraph is on it): 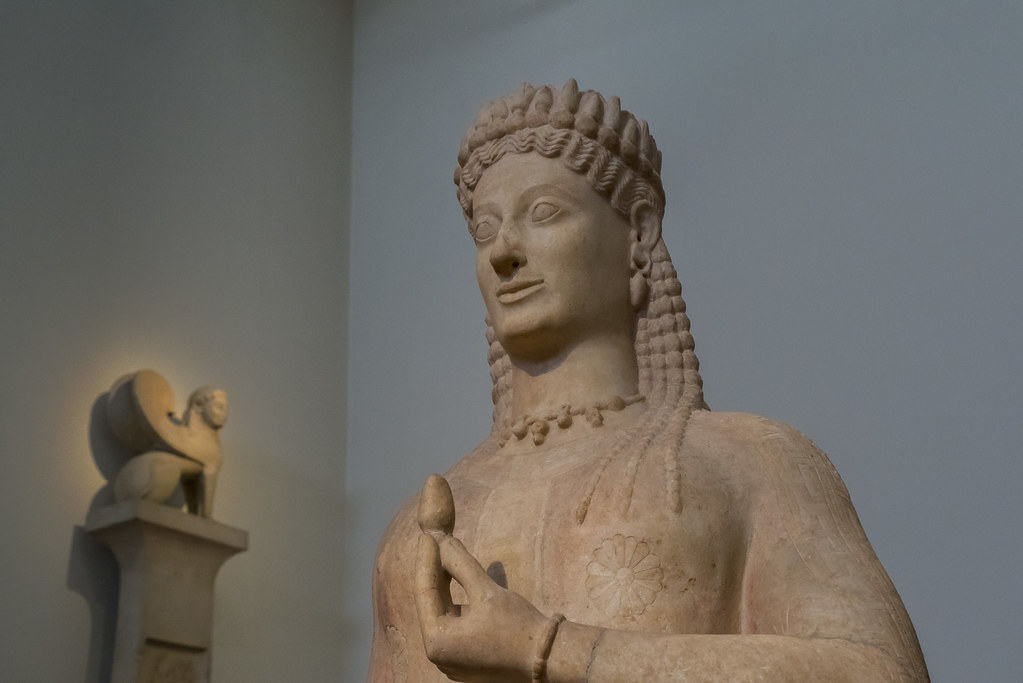 Here is a polychromatic version:

Christos Tsagalis talks about inscriptions like this in his 2008 Inscribing Sorrow : Fourth-Century Attic Funerary Epigrams, (Trends in Classics. Suppl. Vol., 1) 2008, although his claim that the ἀντὶ γάμου is “especially suitable for young girls” (280) probably needs a little more nuance (I have found it in inscriptions for many young men too cf. e.g. SEG 42:212).

There are, of course, other expressions for the same idea. For instance, from nearly seven centuries later, the first half of IGBulg V 5930 (The PHI link):

“Look at this grave marker, friend, and ask “who made this”?
Hermogenes made me in longing, seeking to honor his own daughter
Well-tressed Theklê, whom strong fate stole away
Before she saw a marriage, before she joined a husband in bed,
Before she suffered anything in her soul, she went unpolluted to god.”