The next six years, from the twenty-first to the twenty-seventh of his age (1683-1689), were passed by Bentley in Dr. Stillingfleet’s family. It was during this period, when he enjoyed much leisure and the use of a first-rate library, that Bentley laid the solid foundations of his learning. He enlarged his study of the Greek and Latin classics, writing notes in the margin of his books as he went along. In those days, it will be remembered, such studies were not facilitated by copious dictionaries of classical biography, geography, and antiquities, or by those well-ordered and comprehensive lexicons which exhibit at a glance the results attained by the labors of successive generations. Bentley now began to make for himself lists of the authors whom he found cited by the ancient grammarians; and it may be observed that a series of detractors, from Boyle’s allies to Richard Dawes, constantly twit Bentley with owing all his learning to ‘indexes.’ Thus, in a copy of verses preserved by Granger, Bentley figures as 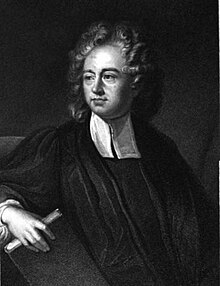