Robert Burton, The Anatomy of Melancholy 1.2.3:

“Hear Tully pro Archia Poeta: whilst others loitered, and took their pleasures, he was continually at his book, so they do that will be scholars, and that to the hazard (I say) of their healths, fortunes, wits, and lives. How much did Aristotle and Ptolemy spend? unius regni precium they say, more than a king’s ransom; how many crowns per annum, to perfect arts, the one about his History of Creatures, the other on his Almagest? How much time did Thebet Benchorat employ, to find out the motion of the eighth sphere? forty years and more, some write: how many poor scholars have lost their wits, or become dizzards, neglecting all worldly affairs and their own health, wealth, esse and bene esse, to gain knowledge for which, after all their pains, in this world’s esteem they are accounted ridiculous and silly fools, idiots, asses, and (as oft they are) rejected, contemned, derided, doting, and mad. Look for examples in Hildesheim spicel. 2, de mania et delirio: read Trincavellius, l. 3. consil. 36, et c. 17. Montanus, consil. 233. Garceus de Judic. genit. cap. 33. Mercurialis, consil. 86, cap. 25. Prosper Calenius in his Book de atra bile; Go to Bedlam and ask. Or if they keep their wits, yet they are esteemed scrubs and fools by reason of their carriage: after seven years’ study

He becomes more silent than a statue, and generally excites people’s laughter. Because they cannot ride a horse, which every clown can do; salute and court a gentlewoman, carve at table, cringe and make conges, which every common swasher can do, hos populus ridet, &c., they are laughed to scorn, and accounted silly fools by our gallants. Yea, many times, such is their misery, they deserve it: a mere scholar, a mere ass.” 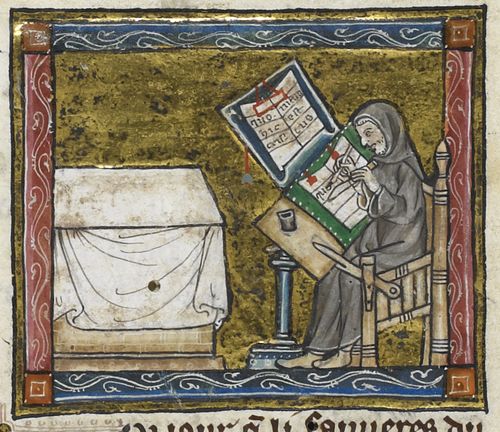