“Humans are the most noble of the animals, as is clear from the fact that they are born both from and directed toward nature. This it is for the sake of which nature and god made us. When Pythagoras was asked about the purpose for which humans were created, he said, ‘To look upon the heavens’, and he said that he himself was an observer of nature, and had come into life for that purpose. They also say that Anaxagoras was asked for what reason someone might choose to be born and to go on living, and he responded, ‘in order to watch the heavens, and the stars and moon and sun’, as though nothing else in the world were worth consideration.” 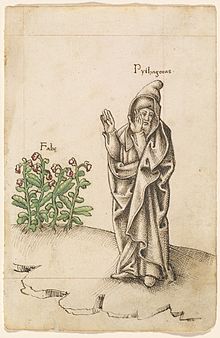