“When the famous Resolutions of 1765, against the Stamp-act, were proposed, I was yet a student of law in Wmsbg. I attended the debate however at the door of the lobby of the H. of Burgesses, & heard the splendid display of Mr. Henry’s talents as a popular orator. They were great indeed; such as I have never heard from any other man. He appeared to me to speak as Homer wrote. Mr. Johnson, a lawyer & member from the Northern Neck, seconded the resolns, & by him the learning & the logic of the case were chiefly maintained. My recollections of these transactions may be seen pa. 60, Wirt’s life of P. H., to whom I furnished them.” 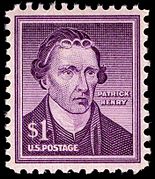