“Say to yourself that of those things which seem terrible to you, none is insuperable. Many people have overcome them individually: Mucius overcame fire, Regulus survived torture, Socrates took his poison, Rutilius made it through exile, and Cato suffered the death which he undertook by the dagger. Let us overcome something too. Again, those pleasant and happy things which attract the common people have been scorned often by many. Fabricius the general rejected wealth, and noted them as censor. Tubero thought that poverty was fitting both for him and for the Capitoline, when by using earthenware cups in a public dinner he showed that humans ought to be content with those things which the gods use even now. Sextius, who was born in such a state that he ought to take the republic in hand, refused honors, and did not accept the broad purple band when Caesar offered it to him, because he knew that what could be given could also be taken away. We, too, should do something with spirit! Let us be among the examples!” 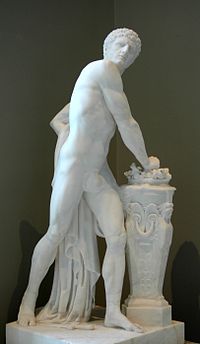