Sicily, being three-sided, was ruled over by three brothers, of whom one was called Cyclops or Polyphemus. After Odysseus had suffered under him and lost many of his companions, he tricked him with gifts and wine, and then took away Polyphemus’ only daughter and fled, as Sisyphus of Cos tells the story. Since the ruled together, the three of them were called Cyclopes, and the story about them goes that they had three eyes, meaning that the three shared these three eyes among them. But Polyphemus, whom Odysseus blinded with fire, lost one of them because he lost his daughter who was burned with love. 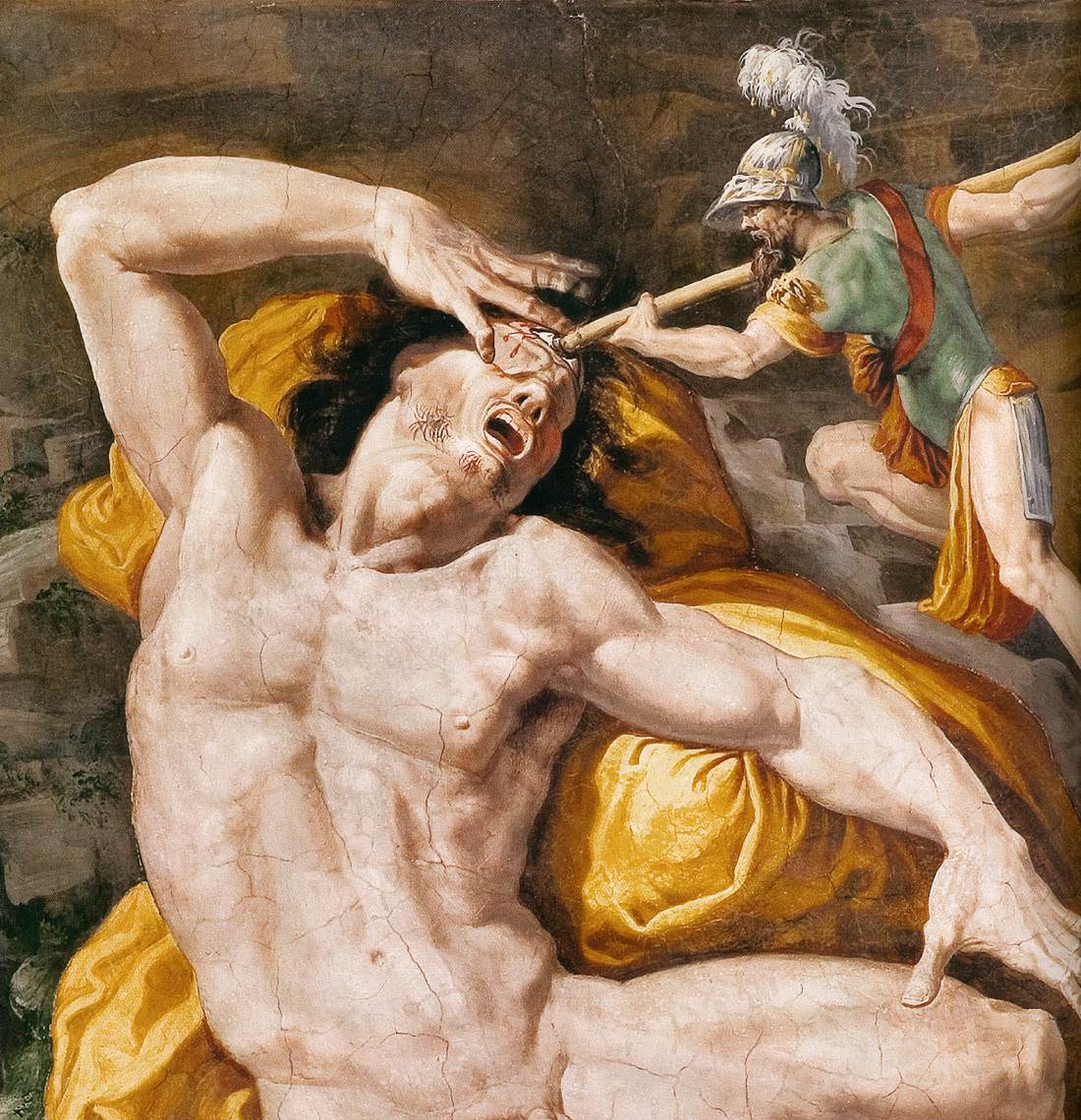