“The story is that Paris killed Achilles by shooting him with his bow. Sôstratos records that Alexandros was lusted after by Apollo and was his student in Archery. He was holding an ivory bow he got from Apollo when he shot Achilles in the stomach.”

From the Decembrists’ “July July”

And I say your uncle was a crooked french Canadian
And he was gut-shot runnin’ gin
And how his guts were all suspended in his fingers
And how he held ’em
How he held ’em held, ’em in 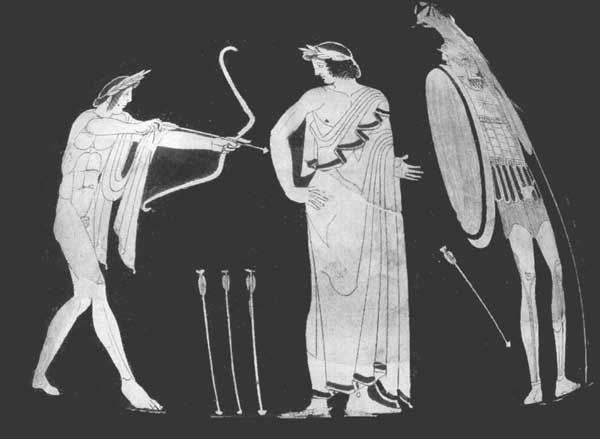 I talk a little bit about the symbolic value of foot wounds in “Diomedes’ Foot-wound and the Homeric Reception of Myth.”