Joseph Addison, Dialogues of Medals I:

“I must own, I should as soon expect to find the prosodia in a comb, as poetry in a medal. Before I endeavour to convince you of it, says Philander, I must confess to you that this science has its visionaries, as well as all others. There are several, for example, that will find a mystery in every tooth of Neptune’s trident, and are amazed at the wisdom of the ancients, that represented a thunder-bolt with three forks, since, they will tell you, nothing could have better explained its triple quality of piercing, burning, and melting. I have seen a long discourse on the figure and nature of horn, to show it was impossible to have found out a fitter emblem for plenty than the cornucopiae. These are a sort of authors who scorn to take up with appearances, and fancy an interpretation vulgar when it is natural. What could have been more proper to show the beauty and friendship of the three Graces, than to represent them naked, and knit together in a kind of dance? It is thus they always appear in ancient sculpture, whether on medals or in marble, as I doubt not but Horace alludes to designs of this nature, when he describes them after the same manner :

Several of your medallists will be here again astonished at the wisdom of the ancients, that knew how to couch such excellent precepts of morality under visible objects. The nature of gratitude, they will tell you, is better illustrated by this single device, than by Seneca’s whole book de Beneficiis.” 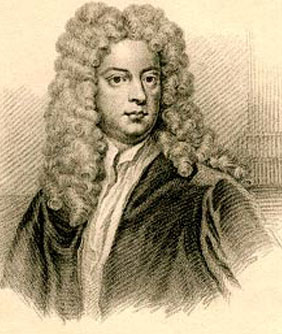