Note: Even though Ancient Greek prôktos can merely mean “rear end” (as in butt), it most often means ‘anus’ in comedy and insults. Also, I wanted to use something profane and given the British/American divide on arse/ass, I decided just to go with “asshole” because it is funnier.

“I wish you’d fall into Hades’ asshole”: this is clear

“I wish you’d fall into Hades’ asshole”: Used for cursing someone

“The asshole survives the bath” [or, “Ass surpasses the bath”]. Whenever someone is not able to wash himself, but his bowels still assail him. This is a proverb used for things done uselessly.

“The asshole survives the bath”: This proverb is used for things done uselessly and done for show. For people with thick asses and potbellies are not able to wash themselves off easily.”

“It was cured by Akesias”: this is a proverb for when things are healed for the worse. Aristotle provides the proverb in tetrameters: “Akesias healed his asshole.”

“Singed around the asshole:” Aristophanes has this instead of being “all burned up” 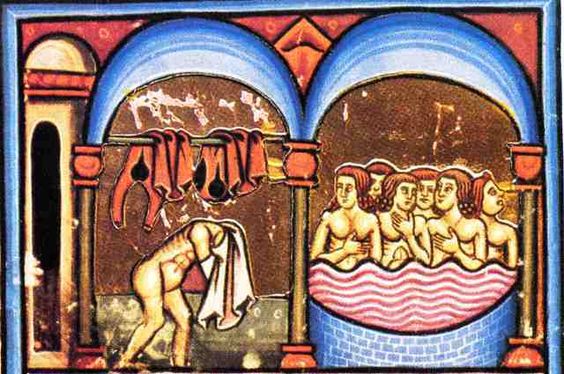 Bonus: Suda on defecation (And there is more of this)

Apopatêma: this is the same as ‘dung’ Eupolis has in his Golden Age: “What is that man? Shit of a fox.” And Kratinus has in Runaway Slaves: I knocked Kerkyon out at dawn when I found him shitting in the vegetables.” We also find the participle apopatêsomenoi (“they are about to shit”) which means they are going to evacuate the feces from their bodies. But patos also means path.

Aristophanes writes “No one sacrifices the old way any more or even enters the temple except for the more than ten thousand who want to shit. So, apopatos is really the voiding of the bowels. Aristophanes also says about Kleonymous: “He went off to shit after he got he army and shat for ten months in the golden mountains? For how long was he closing his asshole? A whole turn of the moon?”